The ability to think critically and creatively are more in demand than ever before as our world becomes increasingly complex and as thinking skills continue to decline.  The MLA program that I oversee at Baker University seeks to engage students in a lifelong practice of critical, creative thinking that can immediately find application in their careers, communities and personal lives.  I can’t think of a better way to simultaneously spend several years exploring fascinating topics taught by passionate teachers AND gain the type of critical, creative thinking skills so desperately in need by industry, organizations, and our society.  As highly sensitive people it is incumbent on us to push our limitations, develop our capacities and engage our creativity in ways that allow for a fuller blossoming of potentialities in service to our often deep need for meaning in life.

I am very proud and humbled to lead this program as the chairman and I challenge any HSP considering a masters degree to consider this wonderful program.  We highly sensitive peoplee must move beyond the simplistic wrangling we so often see with simple descriptions of what it means to be an HSP and on to what it means to apply and embody it in a complex world.  In hindsight, the MLA at Baker University is the degree I WISH I had sought when I was in graduate school!

On a personal note the MLA program is one of the endeavors I engage with on a daily basis.  I teach in the program as well as lead and though it took many years to find a place in life where the challenges were sufficient and recuring (due my being a sensitive, sensation seeker) I feel a sense of placeness with this program that makes me think my contributions are meaningful, necessary, and generative beyond myself.  My path to teaching and administration (like the paths of many sensitive, sensation seekers) was unlikely and fraught with obstacles and setbacks but through resilience, perservance, and a belief that my capacities mattered I completed what became quite an organic journey.  The journey would have been much richer and fuller in the MLA program.              -Tracy Cooper

The avoidance of pain and discomfort seem as natural a pursuit as may be imagined but in doing so we may deprive ourselves (and others) of the opportunity for real personality growth. Kazimierz Dabrowski proposed that disintegration can be a positive event when the individual uses the experience to advance to a better version of self. In that sense, disintegrative experiences, though painful and chaotic at times, may be thought of as positive. Positive disintegration is the process by which we learn from the negative events that take place in all of our lives. Though few wish to suffer on purpose when we face times of disintegration we can use them to our advantage as we work to reach our fullest potential.

In many ways, our current society is set up to avoid as much pain as possible. Whether it is new technology, new medical or pharmaceutical advancements, or the self-help industry, everything is set up to make our lives easier, simpler, and more uniquely tailored to our every individual need. Even the names of products such as the iPhone and iPad nod to the symbiotic merger of products and people.

But the question remains, does all of this avoidance of pain and seeking of pleasure really make us any happier or more resilient? Obviously, new technological and medical advancements have helped millions of people rise out of poverty or overcome disease, but overall our social levels of happiness haven’t risen. Indeed, studies have shown that use of social media such as Facebook is correlated with depression and unhappiness. Other studies have shown that there is some increase in levels of happiness when individuals rise out of poverty, but material possessions beyond that don’t make much of a difference.

Anyway, this avoidance of pain isn’t just relegated to technology and consumerism but has also seeped into other areas of society such as education, team sports, and parenting. Such media outlets as the New York Times have bemoaned the rise of participation trophies for all kids, arguing that kids lose out on meaningful life lessons such as the value of competition and working hard for achievement, and are instead saddled with a growing sense of entitlement. The Atlantic has published such articles as “The Coddling of the American Mind,” “The Overprotected Kid,” and “How to Land Your Kid in Therapy,” criticizing the safety bubble that our society has created around young people to seemingly protect them from even the slightest threat of pain. Indeed, in “How to Land Your Kid in Therapy,” the author, Lori Gottlieb, a psychotherapist herself, states that many of her millennial clients “just generally felt a sense of emptiness or lack of purpose” and “their biggest complaint was they had nothing to complain about!” These were all folks with doting parents, no trauma whatsoever in their past, but still unable to create an adult life for themselves.

I would argue that many, if not most of the preventative measures, used to protect our young people from pain are actually counterproductive and go against sound psychological principles. Adversity is often the catalyst for growth and personal change. Just as evolutionary forces operate on the macro level, adversity forces individuals to adapt to challenging circumstances, furthering their own evolution. Now, when I speak about adversity, I don’t mean extensive trauma, as is assessed by such instruments as the Adverse Childhood Experiences (ACE) survey, which has demonstrated negative life outcomes correlated to the number of adverse childhood experiences. Rather, I’m talking about painful and challenging life experiences that don’t necessarily qualify as trauma (although as I’ve written about before, trauma is not a fait accompli and everyone responds to trauma differently, sometimes without any symptoms at all). 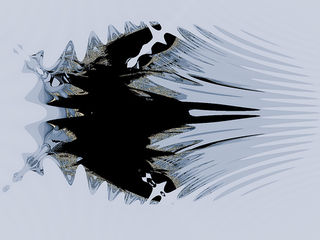 Indeed, one prominent psychological thinker believed that adversity was the instrument of growth and centered his entire career around this central idea. Let me introduce you to the work of Polish psychiatrist Kazimierz Dabrowski, and his theory of positive disintegration. Dabrowski theorized that individuals that were born “gifted” needed to go through several existential trials in order to reach their potential and free themselves from social indoctrination. This process, which takes five distinct levels, can only be catalyzed by adversity and challenging life events that force the individual to re-examine his or her every belief and will, in conclusion, lead to the kind of self-actualization written about by other humanistic thinkers such as Abraham Maslow.

Let’s take a brief look at all five levels to give you a better idea of the core concept. The first level is called Primary Integration. People at this level are often influenced primarily by either prominent “first factors,” such as heredity or “second factors,” such as the social environment. Dabrowski believed this level was marked by selfishness and egocentrism, justifying all pursuits through a kind of “all about me” thinking.

According to Dabrowski, the shift to level two, Unilevel Disintegration, occurs as an initial, brief and often intense crisis or series of crises. Unilevel Disintegration may often occur as a result of developmental crises such as puberty or menopause, in periods of acute stress from external events, or under “psychological and psychopathological conditions such as nervousness and psychoneurosis.” Ultimately, the person is thrust into an existential crisis, in which one’s pre-determined beliefs no longer make any sense. During this phase, existential despair is the predominant emotion.

Level III, Spontaneous Multilevel Disintegration, describes a subsequent process of coming into awareness of multiple levels of understanding. In simple terms, it’s a dawning realization of what “ought to be” versus “what is.” The individual begins to contrast their behavior with higher, imagined ideals and alternative idealized choices. Dąbrowski believed that the authentic individual would choose the higher path and if their behavior fell short of the ideal, then internal disharmony would drive the individual to review and reconstruct one’s life. In this way, the individual is propelled by existential angst from Level II to come into contact in Level III with higher ideals to which he or she then aspires to.

In Level IV, Organized Multilevel Disintegration, the person takes full control of his or her development. The spontaneous dawning of Level III is replaced by a deliberate, conscious and self-directed review of life from a multilevel perspective. The person consciously reviews his or her existing belief system and tries to replace lower, automatic views and reactions with carefully thought out, examined and chosen ideals, which increasingly become more reflected in the person’s behavior. In this way, behavior becomes less reactive, less automatic and more deliberate as behavioral choices fall under the influence of the person’s higher, chosen ideals. 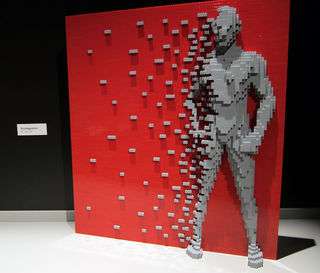 Source: Art of the Brick | by wiredforlego, labeled for reuse, Flickr

And finally, the fifth level, Secondary Disintegration, involves an integration of the lessons learned in the previous levels into a cohesive, stronger, and more authentic character. At this highest level, one’s behavior is guided by conscious, deliberately weighed decisions based on an individualized and carefully chosen hierarchy of personal values. In this stage, the individual reaches higher levels of authenticity and congruence.

I find this theory to be a very elegant explanation of human potential and the process of growth and change. Fundamental to this framework is that no change can occur without some sort of conflict or distress that interferes with the homeostasis of the system. Adversity is an essential ingredient that throws the individual into an existential crisis, forcing him or her to go through an awareness of operating in low consciousness and a subsequent process of self-examination leading to further growth.

Dabrowski’s work can be dismissed as highly theoretical, but extensive evidence suggests that protecting individuals from pain or adversity only serves to hamper their development. Instead, I propose that we must continuously strive to find new ways to expose ourselves to hardship that places us outside of our comfort zones. Indeed, as I’ve written about in my book Modern Sexuality, the edges right outside of the comfort zone are where most learning and growth occurs. Instead of seeking safety in comfort, we need to seek out opportunities to expose ourselves to the possibility of falling apart and remaking everything we once thought we knew. In short, we need to expose ourselves to positive disintegration. 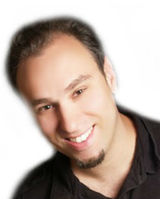